A scientific expedition led by the Catalan Institute for Water Research (ICRA) is studying the destruction of the carbon sink in the sediments of the Aral Sea (Kazakhstan), the largest dry lake on the planet that has disappeared by 90% and is considered one of the most serious environmental disasters of the 20th century.

Lakes store large amounts of organic carbon in their sediments, which provide a fundamental ecosystem service to society: preventing the release of CO2 into the atmosphere. However, when lakes dry out, the sediments come into contact with atmospheric oxygen, increasing the activity of micro-organisms that degrade organic matter. This causes the organic carbon trapped in the sediments to be released as CO2, destroying this carbon sink and contributing to climate change.

The aim of the Alter-C project, which is funded by the State Research Agency, is to understand how carbon deposits in lake sediments are released when the lakes dry out. To do this, the team led by the ICRA, and made up of members of the Laboratoire des Sciences du Climat et de l'Environnement CNRS (France), the University of Malaga (Spain) and the University of Aarhus (Denmark), apply the most innovative methodologies for measuring gas emissions and carbon stocks.

Rafael Marcé, a researcher in the Resources and Ecosystems Area of the ICRA, explains that "knowing how the Aral Sea carbon sink is being released into the atmosphere will allow us to estimate the effect of this process on atmospheric CO2 concentrations on a global scale, and can become a very powerful argument for the recovery of what was once the fourth largest lake on the planet".

The Alter-C expedition to the Aral Sea will take place over 20 days, from 26 August to 15 September, and "constitutes a major scientific milestone, as it is the first study of its kind to be carried out anywhere in the world," adds Marcé.

The research team travels to Kazakhstan and, with the logistical help of the NGO Aral Tenizi, dedicated to the recovery and protection of the Aral Sea, travels along the former bed of the lake, now dry and turned into an inhospitable desert the size of Ireland, to collect evidence of the release of the carbon sink. This takes them on a journey of hundreds of kilometres from the former shore of the lake, which began to dry up in the 1970s, to the centre of the lake, which has dried up over the last decade. Along the way, the researchers collect sediment cores to measure carbon released and measure CO2 and methane emissions from the surface of the new desert.

The group is also joined by the audiovisual documentalist and biologist Laura Carrau, who has already carried out several scientific campaigns in the past and is in charge of recording graphic and audiovisual material. Thus, on the one hand, material can be provided to the media on request during the expedition and, subsequently, a documentary will be made about the research in the Aral Sea. 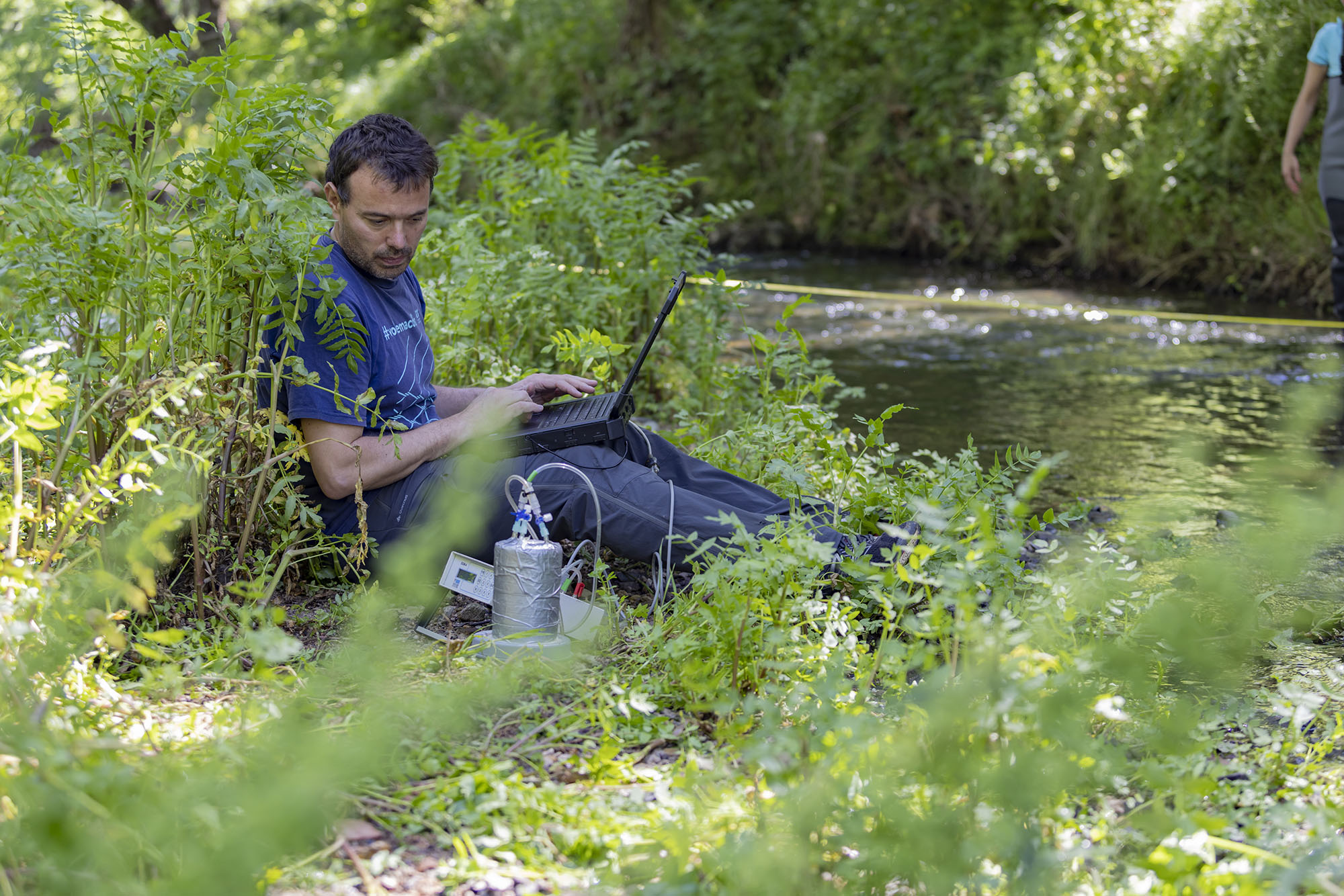 Archive photo of Rafael Marcé during a field trip of the Resources and Ecosystems area of the ICRA.
Author image: ICRA